Born in 1990 in Damascus, Syria, Fares graduated from the Higher Institute of Theatrical Arts in 2015 as an actor. He kick started his acting career right after graduating. He also was the assistant director of 2 plays titled “Souriyoun Bi Inwan” ( Syrians by Title) and “Fi Amal” (There is Hope) that were directed by Tamer Al Arbeed in 2016. He also gave acting workshops to children at specialized educational centers. 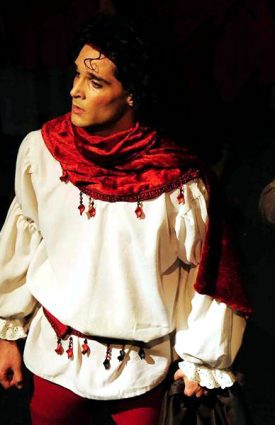 His theatre career consisted of a variety of roles. He first played the role Virus in “Icons” (Ayqunat), a theatrical dance show by Diaa Al Sheikh in 2011. Then, in 2012, he played the role of the guard in “Blood Throne” (Arch Al Dam) directed by internationally renowned actor Ghassan Massoud. He played the role of Heren in “Al Yubil” (2013) and Keropino in “Zawaj Figaro” (Marriage de Figaro) (2014) by Samir Othman Al Bash. He also appeared in “Al Malek Lear” (King Lear) by Fouad Hasan (2015) as Edmond and in the musical theater “Al Dam Hibrr Al Haq” (Blood, the Ink of Truth) directed by Orwa Al Arabi (2017). 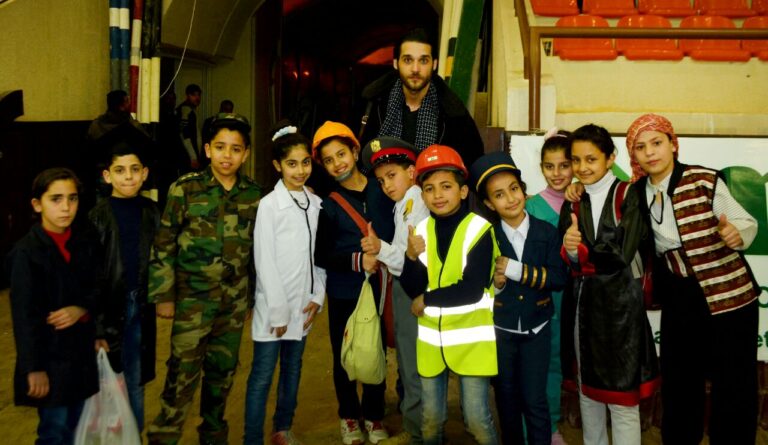 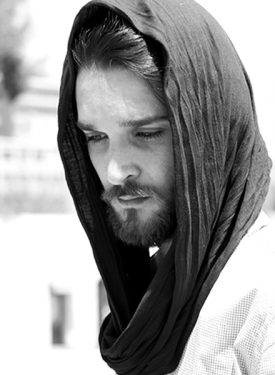 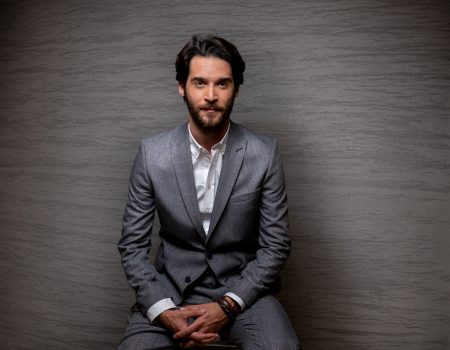 He had significant roles in several TV series. In 2015, he had a role in “Hakwati Al Fan” by Osama Shqeir. The next year he played Bahaa in “Ahmar” by Jud Said, a role that was a turning point in his career. He then played Saber in “Khatoon” directed by Tamer Ishaq and Ghadeer in “Bila Ghamad” by Fahd Miri. He also made an appearance in several characters in the series “Boqaet Daw” by Seif Sheikh Najeeb that following year. Later on in 2017 he played Hasan in “Shajar Al Foronloq” which was directed by Ziad Al Rayess. And he played the significant role of Hikmat in “Wardah Shamiya” by Tamer Ishaq. In 2018, he moved on to star in joint Arabic series “Mayada Wa Wlada” directed by Moustafa Selim and “Metl El Hilm” directed by Asad Fouladkar. And most recently he starred in the renowned series, “Aroos Beirut” (2018-2020) in both of its seasons as Hadi, one of the principal roles directed by Emre Kabakusak and Fikret Kadioglu respectively.

Voluntary work was a priority to him as he was involved in several projects such as The Arch International Society for supporting the mentally handicapped and also Tamouz institution and was a volunteer acting teacher in Boukra Ilna project that supported children. 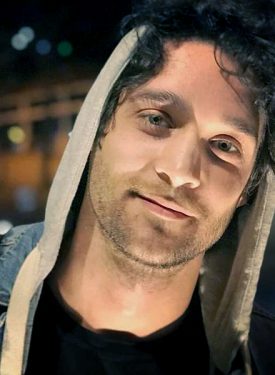 He attended workshops by Dr. Osama Ghanam on manuscripts by Schiller (Foitesk) and Chekov (Gull) in 2015. He also attended workshops held by Mr. Waseem Qazaq, Mr. Muhammed Al Rishi and Mr. Kifah El Qoz. Before starting his career as an actor, he danced with the dance group Adonia. He has experience in modern dancing with Mr. Diaa Al Sheikh as well as in folk dancing.